Home › Health › Renovating Your Mind Is Seeing The Vaporization Of Middle Class America. Together We Can Rehydrate Our Economic Status!

Renovating Your Mind Is Seeing The Vaporization Of Middle Class America. Together We Can Rehydrate Our Economic Status!

You read the economic headlines in newspapers throughout the United States that the economy is improving. Actually improving in politics means that unemployment went from 7.5% to 7.6% in May 2013 as an average for the country. Seems to me those numbers show an insignificant increase or really no change. Renovating Your Mind says enough of the charade. The priority in this country needs to be quality jobs with great benefits for our population. Otherwise no one is going to be earning the cash we need to stimulate the economy and pay taxes.

Even if the rate of unemployment goes down, check out the quality of those new jobs. Just because there are more jobs, doesn’t mean they are good paying jobs with decent benefits. Google the rate of pay for those occupations listed in the newspapers for those “new jobs”. This is what I found though a search:

Construction jobs are also part of the new job picture have hourly rates of $14-16. Can you live on that supporting a family working a 40 hours week after taxes? 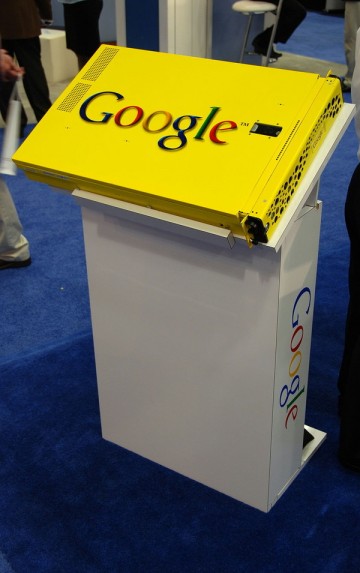 Google whatever you read, to get the full details on the general bullshit the government throws our way courtesy of the TV, internet or the papers. We live in a free country, so you are still able to do the research and find out what is really going on behind the economic scene.

In the state of North Carolina, Gov. Pat McCrory, behind closed doors made an unprecedented move to stop federal unemployment for about 170,000 residents of this state. This will initiate on July 1, 2013. The reason is that his “favorite child” is not the voter but “big business.” By cutting off federal unemployment for his voters, he will allow “big business” the opportunity to pay lower taxes.

North Carolina has the fifth highest unemployment rate in the country. The only jobs that are come up are usually low paying with modest benefits at best. Many employers are hiring part-time workers to avoid paying the medical benefits coming up with ObamaCare 2014. 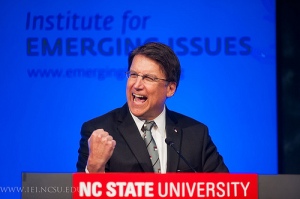 Gov. McCrory also approved a reduced maximum dollar amount and reduced number of maximum weeks for anyone starting on unemployment. It reduces your maximum weekly benefits from $535 to $350 (35% reduction) and the maximum number of weeks from 79 (with federal funds) to 20 (with no federal funding). So he reduced the duration of total unemployment in the state by 75%.

North Carolina will lose about $800 million in federal funds that go directly to NC unemployed workers because of the governor’s action. Seems he agrees with the other majority of the politicians in the state that people on longer term federal unemployment are milking the system. So guilty by going beyond the state’s previous maximum of 26 weeks into the federal realm of help. Signing the bill into law enabled corporate in NC to increase their bottom line by paying out less taxes.

Let’s put everything into perspective:

Before the signed bill, maximum was $535 a week from unemployment and after taxes amount of $438.

After the signed bill, the  maximum is $246  a week from unemployment and after taxes amount of $202.

Could Governor Pat McCrory upon losing the next election get by on a net $869 (4.3 times $202) a month living in North Carolina? Why did our governor reject approximately $800 million in federal unemployment aid that was going directly to the very people who voted him in office? By the governor signing the bill to reduce and change state unemployment, the federal government withdrew their unemployment payment support for North Carolina.

Are other governors going to follow North Carolina Gov. McCrory’s role, and do away with federal unemployment? Do you think “big business” needs tax breaks more than a middle class citizen struggling to pay the bills. Do you think corporate America has socked enough money away for a rainy day?

Politicians, we know what’s going on in Washington and throughout every state in this country. You have allowed corporate American and bankers to take complete control of our economy. Industry has squeezed every ounce of productivity out of every employee in the United States. We have had enough of the greed. We want our country back.

Everyone in the United States should get a free blog from WordPress or Blogger. Write about what you see, how you feel, vent your frustrations with other citizens in the other states. Let’s make the United States a better place to live for all of us, not just a chosen few.

I am proud of our country. I just want to help to make it a better place to live for individuals of all income levels. Together we can make this happen.

I got your back everyone with information you can use. Pass it forward.