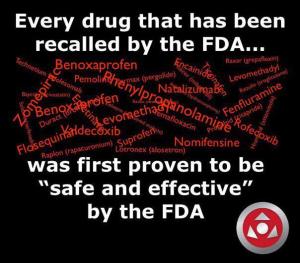 The FDA gave the thumbs up for Zohydro™ (hydrocodone bitartrate) even though an FDA panel recommended against approval. In addition, politicians in almost 40 states tried to get the FDA to rescind approval. Why? The drug belongs to a class of pain medications called the opioids. These drugs caused death in almost 17,000 people in the US during 2010 which was a 400% increase in mortality from these types of analgesics since 1999. Something isn’t working correctly to keep these drugs out of the wrong hands.

Zohydro™ contains hydrocodone which is the same ingredient in Vicodin™ (hydrocodone bitartrate and acetaminophen). The only difference is that Vicodin™ also contains acetaminophen (Tylenol™) which can lead to permanent liver damage and death.

Zohydro’s™ claim to fame is that it’s safer since it doesn’t contain any acetaminophen. Wrong! It will cause the same addiction and a new payroll stream for drug diversion to buyers that want euphoria. In addition, overdoses will lead to respiratory depression. This means the lungs can shut down, ending life.

Zohydro™ has a much higher dose of hydrocodone than Vicodin™. The highest dose of Vicodin™ is 10 mg per tablet with that of Zohydro™ being 50 mg per capsule. More bang for your buck!

Renovating Your Mind believes that FDA approval was unwarranted because of the high abuse potential of this medication. You can take this drug out of the capsule and snort or inject it to get an immediate high. Other similar agents on the market have protective ingredients within the medication to limit this abuse potential. The FDA should have waited till a formulation was available to limit abuse.

Any ingredient that creates high amounts of dopamine (“feel good” chemical made by the body) will cause both an addiction and tolerance. Addiction means that your body will crave the drug. This creates an environment where the addicted individual will do just about anything to get hold of the medication.

Take a look at Nurse Jackie on Showtime to see how low a human being will go to keep dopamine levels high in the body.  As Jackie’s addiction progresses, her behavior prioritizes getting her next fix over everything else in her life.

Tolerance is the body’s way of upping the ante. After a period of time on opiates, the human system requires higher strengths of the drug to get the same euphoric effect which increases the chance of permanent organ damage and death.

The FDA has just given drug pushers another option for making fast money by diverting these medications to individuals just looking to get wasted. More people will die from abuse from this drug because of this agency’s inability to look at the downside of approval.

Reason for approval was that this medication was the only long acting opioid sans acetaminophen on the market, but not as strong as oxycodone (OxyContin™). This reasoning allowed the FDA to rationalize approval. Good job FDA, not.

You will never see the DEA (Drug Enforcement Agency) going after the FDA for approving lethal substances. It also takes an effort for undercover agents to go after physicians writing excessive prescriptions. No, government agencies go after pharmacists and drug wholesalers for filling legal prescriptions from legitimate physicians. Why? Because we are the easiest targets to bring down, so they can save face for public exposure to the whole debacle.

These types of medications should be limited rather than expanding the venues for drug exploiters that sell to anyone with the right amounts of cash. There are other alternatives that are safer and more effective for relief of severe pain.