Home › Health › Iron-Tug Of War Between Deficiency And Danger

Iron-Tug Of War Between Deficiency And Danger

The most common metal making up planet Earth is iron. 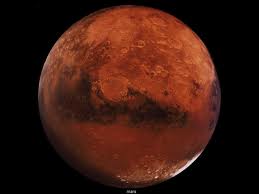 Why is our blood red? Our blood is composed of hemoglobin with an inner core inhabited by; you guessed it, just like on the surface of the Earth and Mars, iron. Hemoglobin means hemo, which is iron. Globin, is the protein portion that carries the iron. So iron is above us (planet), iron lies below us (earth’s crust), and iron is also within our own biological systems. It’s ubiquitous throughout the universe because iron is created after the collapse of star (sun) called a supernova. This explosive event blasts iron everywhere into space including the planets.

In The Nutritional Supplement Section

If you ever go to the pharmacy looking for iron, the pharmacist will always recommend ferrous sulfate. Ferrous from the Latin word for iron, which is ferrum. She suggests this particular compound of iron because it the best absorbed of all the iron supplements and the least expensive. Double-edged part of this scenario comes with the adverse effects. Ferrous sulfate also has the most GI (gastrointestinal) side effects like constipation, flatulence and stomach upset.  She will instruct you to take the iron with a meal and a glass of juice. A combination of the stomach acid generated by the meal and the vitamin C in the juice will increase the absorption of the iron in the supplement. The meal should also lessen the GI side effects of iron.

You can feel tired and fatigued when deficient in iron over an extended period of time. This mineral not only brings oxygen to all the tissues but also the brain.  You get memory loss, poor concentration, lowered work performance and shorter attention span. Your extremities feel cold. Once iron deficient anemia sets in, it takes two months of supplementation to bring the body back to normal. A full 12 months to bring your iron stores back to maximum capacity.

The most deficient nutrient throughout the world is iron. Ironic, since it is everywhere in our environment. In the US, the range of iron shortfall is significant from young to old and male to female.

This problem of deficiency occurs more frequently in the pre-menopausal female because of menstruation. It could also occur because of anti-inflammatory agents (aspirin, ibuprofen, naproxen, etc.) causing bleeding in the intestinal tract.

You can also get additional iron by cooking foods in an iron skillet, which releases iron into the food. This would be especially valuable in cooking tomato sauce where the acid would leach even more iron from the skillet. Vitamin A (beta-carotene) containing foods taken with iron will increase the iron’s bioavailability (absorption and utilization). Unlike soy, fermented soy products like tofu, soy sauce, miso and tempeh may improve the absorption of iron.

There are foods that interfere with the absorption of iron. These are coffee, green tea, red wine, phytates in breads, calcium, soy protein and eggs. Red wine is very strange because it’s also a source of iron. There are polyphenol chemicals in wine, also in tea that bind to any iron. So it is not clear whether wine gives or really takes away iron.

Right after birth, we have a 4-6 month iron store build up from our mother. Afterwards, iron requirements vary with age and sex. Pregnant women need the most with 27 mg per day.

Adult men and postmenopausal females usually do not get iron deficiency anemia. In these individuals, it is important not to get too much iron, which can be harmful. Remember to check vitamin and mineral supplements for iron. These additional iron sources should give no more than 10 mg of iron per tablet.

Higher iron intake above what is needed for older individuals may increase risk of dementia, Parkinson’s and Alzheimer’s Disease. High iron levels in the body can damage all the organs and lead to death. Once iron is absorbed, humans have no way of getting rid of excessive iron.

One of the most common causes of childhood poisoning resulting in mortality is overconsumption of iron tablets. Children think they look like candy so iron is now individually blister packed to lessen the risk. 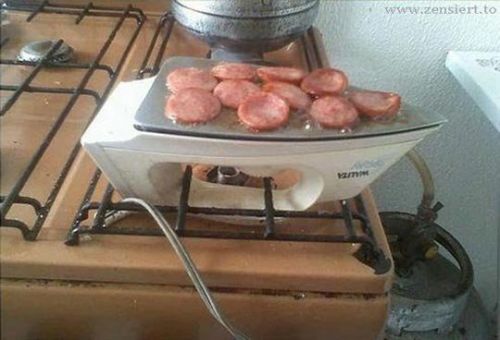 Like Loading...
‹ Non-Gluten Products Are Out Of Control!
Only The Nose Knows That It Is The Most Underappreciated Sense ›