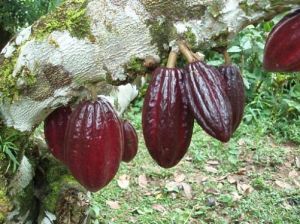 The bean is called CCN 51. The reason for its popularity among growers is a yield 400 times that of current cocoa plants. The bean also has a higher fat content. This gives the final chocolate that nice silky smooth feeling in your mouth.

Downside is the bean has an acid taste with a subdued flavor. It will probably require chocolate manufacturers to add more sugar.

This bean was developed in South America during the 1960’s. Renovating Your Mind came with a name for the acronym CCN 51, as Crappy Cocoa Nut. Many that have sampled the chocolate made from this plant claim that it “just doesn’t taste good”. Otherwise, they would have used this variety decades ago for chocolate products.

It has a sour acid flavor. Hence the reason to add more ingredients to doctor up the taste.

Demand for the cocoa throughout the world continues to outpace supply. One of the major reasons is that the poor in China and India are finding jobs and higher wages. This allows for more disposable income. They are becoming addicted to chocolate like the rest of the world. This CCN 51 bean would allow the manufacturers to keep pumping out all the chocolate needed to meet those growing demands for the dark stuff.

If companies like Nestle start using this high yielding bean exclusively, genetic variety will be substantially reduced which becomes a weak link. If this cocoa species becomes diseased, than the majority of world chocolate supply may be eliminated.

This would result in world cocoa prices skyrocketing.

Gourmet chocolate like Lindt, Ghirardelli, Godiva, etc. will not be switching over to this new cocoa bean. Many of these “experts” say that is has a flat flavor. Many consumers wouldn’t notice a difference if they purchase from cheaper mass market manufacturers like Cadbury and Hershey.

Dark chocolate like coffee and red wine have protective pigments (antioxidants) that have been shown to give protection against damaging age-related oxidation. The darker the chocolate, the more the beneficial effects. Gobbling down more than one ounce daily is counterproductive. Remember besides containing powerful nutrients, chocolate is loaded with fat and calories. 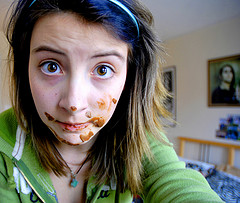 Lovingly savor that one ounce of silky smoothness as it coats your tongue and has its way with your mouth. Its powerful medicine in a daily dose but in excess will expand those waistlines. 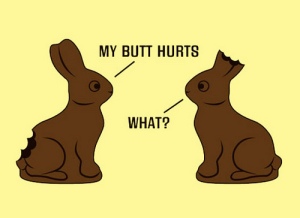 Like Loading...
‹ Renovating Your Mind Goes Traveling By Plane-Protect Your Health By Bringing On Water, Healthy Snacks And Gum
Reblogging this… ›