Future Shock Of Exponential Changes That Will Rock Our World 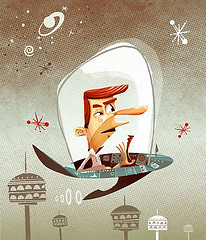 Present time is morphing faster and faster into the future. We finally have video phones, routine transports into space and crops grown successfully without soil. We are still working on bringing to market a cost-effective flying car, per Jetsons™ technology.

Changes are happening all the time in every country throughout the world. When the status quo is replaced too quickly, individuals start losing touch with reality. This was the premise of a book written in 1970 by a futurist named Alvin Toffler. He referred to it as “too much change in too short a period of time.” The older you get, the harder it becomes to keep up with change.

Think about the evolution of recorded music. In the 9th century, the Musa brothers invented an organ that played programmed music. They used cylinders with raised spikes to play each note. Each cylinder contained a different song.

Over 1,000 years later, in the 1800’s, the player piano appeared on the scene. Paper sheets were punched out to play each note of a song. Different sheets had punches for different melodies.

In the latter part of the 19th century, Thomas Edison invented the the phonograph. Then the technology of recorded music exploded with the arrival of so many advances in sound storage over the next 100 years.

All the audio media above including the CD have become obsolete. They have been replaced by MP3 files downloaded and uploaded by computers, phones and other devices.

If you think about an individual in their 50’s or older, many don’t even know what an MP3 means in regards to recorded music. They are overwhelmed by their phones and most have no idea how to use an iPad or similar device. If they play tunes, the newest technology for them would be the CD from ’81. They have been Future Shocked by the devices and technologies that have arrived after the Compact Disc.

We proceed to changes of another nature, that of false pretenses. United States government prohibited cannabis for leisure purposes for close to a century. This came to an abrupt end as of January 1, 2014. Marijuana became legal for recreational use in Colorado and Washington. The puffing, dabbing, vaporizing and consumption of edible products is bonging throughout the mountains. 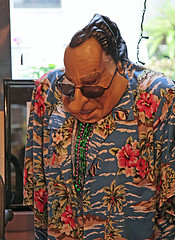 The older you are, the more you have witnessed the “horrors” of drug abuse. Our minds have been bombarded through the media courtesy of our government for decades. Marijuana was always included with heroin, crack, cocaine, etc. Therefore it had to be a dangerous, addictive, horrible drug. Well President Nixon told us that in the 1970’s and he doesn’t lie, right? He also enlisted another proponent of a drug-free America whose name was Elvis Presley. Words are cheap but actions are priceless.

If you never knew the sky was blue and every piece of video or written information says that the sky is brown, eventually it gets embedded into your brain. So one day you hang out with a meteorologist and have lunch. She tells you that the sky is blue. You totally disagree with her. All valid sources of information had informed you throughout your life that the sky is brown. You go outside and look up and there you see a brown sky. The blue sky must be nonsense.

If a lie is told long enough it will ultimately be indistinguishable from the truth. That all started in the early part of the 1900’s with the government’s deception about the marijuana plant.

This beautiful aromatic green plant has been banned in the United States since The Marijuana Tax Act of 1937. This regulation of the Federal Government made possession of the weed illegal. The Boggs (’52) and Control Drugs Act (’56) made first time possession of cannabis a crime with up to 10 years in prison including a fine that could reach $20,000.

Then came the revelation that toking on some marijuana didn’t cause anyone to commit violent crimes like rape or murder. Truth be told that drug companies were working on components of the plant for treating various diseases. In fact, two prescription products out on the market are components of the cannabis plant. One is called dronabinol (Marinol™) and the other Sativex™.

Other beneficial antioxidants and ingredients that make up the cannabis plants may be used to treat epilepsy, PTSD (post traumatic stress disorders), phobias, skin abnormalities, stage fright and more.

A percentage of the US believes courtesy of the Federal Government, that marijuana is a useless, addicting immoral medication. Uncle Sam has dispensed these fallacies for decades utilizing the “sky is brown” scenario.

Future Shock is finding out that “Chicken Little” was wrong. That the sky is not falling down on you, but what you deemed to be “media truths” are falling apart around you. The sky is really blue. This real picture could be a stressful, disconcerting reality. Mental stability for some is ensured by ignorance of the situation.

Take the time. Walk the walk. Research cannabis. Utilize information from science journal articles, but think outside the U.S. for research completed without governmental bias. What you will find, is a very useful plant that has a multitude of safe, effective medicinal uses to treat disease(s). In a class of its own, marijuana, in comparison to conventional prescription medications, will rock your world.

Like Loading...
‹ Have Diabetes? Lower Your Chances Of Amputation By Up To 85 Percent
Laughter Is Good For The Heart: Starring Ellen DeGeneres And Gladys ›