Au Salute! Renovating Your Mind Raises the Glass To Five Elixirs Promoting A Healthier You

is from a purple drupe like a peach or nectarine but originally found in the Amazon rainforests of South America. This fruit contains high amounts of antioxidants known as anthocyanins. Research shows the berry may prevent aging by helping to lower inflammation in the body, especially in the brain. It blocks the same inflammatory pathway as Celebrex™ and Motrin™.

As we age, the accumulation of toxic proteins start building up in our heads. The acai berry has been shown to get rid of the some of the accumulated noxious substances that result in dementia (esp. Alzheimer’s Disease).

This fruit is used in all types of different products on the market like juice beverages, extract supplements, smoothie mixes and frozen pulps.

Disadvantage for its purchase is that it’s expensive. In its place, you can use any of the other berries like strawberries and blueberries.Currently raised only in Central/ South America and Hawaii but as it starts being grown closer to home, prices will drop. 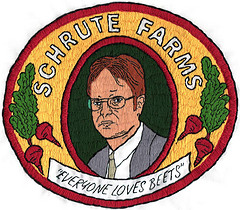 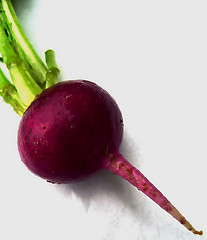 The juice increases blood flow, by allowing a substance called nitric oxide to be released from your blood vessels. More blood flow, more oxygen and more capability for bodily and mental processes to work more efficiently.

Beets contain a substance called nitrates. The body converts them first, to nitrites, and next to nitric oxide. This substance maximally opens up the blood vessels therefore lowering blood pressure. Stress is taken off both the blood vessels and the heart decreasing the risk of heart attack and stroke.

Beet juice can be made sweeter by adding apples to the mix. Also juice with greens like spinach, celery or any types of lettuce greens for a large variety of different types of antioxidants.

Renovating Your Mind would love a Vitamix™. It is one of the best machines on the market to turn even the fiber of produce into a juice. Even the older models or used models are incredible. I endorse this appliance from patient feedback, professional reviews and in-person performance for over an hour at my local Costco. Begging the representative to let me borrow one for a lifetime. 🙂

The protective antioxidant in this bright orange-colored vegetable is called luteolin. Studies were done in older mice whose brains became younger while on this antioxidant. This anti-inflammatory agent is also found in celery, peppers, thyme, rosemary and oregano. In addition, carrots have an abundance of other protective chemicals called the carotenoids. Even though they come in a multitude of colors, orange is still the most widely purchased because of its high availability throughout the United States.

Beverages made of steeping green or black tea leaves slowed mental aging by over 30%. This was found in individuals drinking tea one to three times a month versus those drinking no tea. A third group that drank tea one to four times a week showed the most protection from dementia. The study was reported to participants at the Sept. 2010 Alzheimer’s Association International Conference.

Tea contains antioxidants called polyphenols. They detoxify any free radicals (oxidants) that will potentially damage cells. Polyphenols block the harmful effects of a protein called beta-amyloid (plaques) in the brain. Abundance of this plaque and another protein called tau (tangles) are the 2 biggest suspects resulting in Alzheimer’s Disease.

For more on the sixth leading cause of death in the U.S, Alzheimer’s Disease, please see the link below:

China and Japan have the highest amounts of tea drinkers in the world. They show much less cancers than the U.S. and a much lower incidence of heart disease. Stomach cancer is high in these countries. It may be linked to the Asian traditional pickled, highly salted and fermented foods. This alters stomach cells and bacteria leading to abnormal cell development.

Much evidence has pointed to 4 oz of red wine daily for ensuring brain viability and decreasing chances for dementia. We have found a powerful antioxidant from the skins of the grape concentrated in wine called resveratrol.  Do not buy the supplement. The real thing is always better because Mother Nature is known to hide other beneficial chemicals in this alcoholic elixir that man has yet to discover.

Just because some is great, more is not better. Not recommended, from a health prospective to go over the daily maximum of one glass for a woman and two glasses for a man. Alcohol like anything else is beneficial to a point, but an excess does more harm than good.