Home › Food › Renovating Your Mind Diverts You From Cotton Candy With A Look At Diabetics, Diabetes And A New Meaty Study

Renovating Your Mind Diverts You From Cotton Candy With A Look At Diabetics, Diabetes And A New Meaty Study 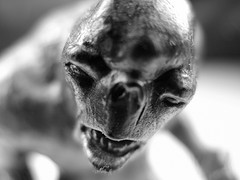 In the pharmacy, I would sometimes confront a situation where a diabetic patient was out of control. As blood sugars change, the nicest person could turn and become the most unbearable monster. Think we have it easy because we wear those white coats, huh? Think again. Most of the time, many of our unstable diabetic patients would come in at night, when the pharmacist (me) was all alone.

Renovating Your Mind knows that it’s not the diabetic’s fault. The abnormal sugar levels have taken control of their emotions. You can’t even reason with them when things go wrong inside their bodies. My goal was to resolve their issues at hand by getting them into “safe mode” before bidding them goodnight.

Part of my patience in these situations was due to my father being a diabetic. One of the reasons I became a C.D.E. (Certified Diabetic Educator) was to help him deal with his disease. Most of the events that led to him untimely death were due to his diabetic complications.

This disease initiates within one organ know as the pancreas containing a group of cells called the beta. These amazing little circular structures produce the protein hormone know as insulin. Beta cells know when its time to ante, hold or fold their production of insulin.

The process is simple. Whatever you eat, gets broken down into sugar. Sugar should not build up inside the bloodstream. That abnormal process is called hyperglycemia (excess glucose). Insulin is the key. The key that opens the door on your cells to allow sugar inside the cell. In the cells cozy interior, sugar is broken down to release energy. Energy that is used for all the bodily processes that make us continue to live day by day.

In diabetes, something is dramatically wrong. It may be the insulin not working correctly to open those doors. There also might be something wrong with the  cell doors so that not matter how much insulin is around, they won’t open up. These situations may occur separately or together. This is only for Type 11 diabetes (adult-onset). To help normalize sugar levels, this patient may inject insulin and/or could be placed on oral medication(s).

In Type 1 diabetes, the beta cells are being completely destroyed by the immune system. We really don’t fully understand why this happens. The pancreas over time produces less and less insulin. Eventually, insulin must be injected for the survival of the patient.

Found this excellent video from the UK on YouTube about both Type 1 and 11:

In diabetics, food choices and exercise both play a significant role in allowing the patient to lead a normal healthy life. If those sugar levels are kept in control the damage done to the body will be minimal. If not, diabetes will lead to many serious consequences including a shorter lifespan. So let some foods be thy adjunct medicine.

That brings us to a current study that concluded, red meat raises the risks of developing Type 11 diabetes. It was published in JAMA Internal Medicine, June 2013. Similar results have been found in previous studies.

In this current study, when red meat was increased by the amount of 1/2 serving per day (the size of half a deck of cards) it increased diabetes risk by almost 50%. When they looked at other subjects they found that lowering dietary red meat by the same amount lowered the risk by almost 15%. It is thought that iron, saturated fats and various chemicals in the meats all play a role in significantly increasing risk for diabetes.

Protecting yourself calls for less meat, lots of varieties of different colored fruits/vegetables and then the beans, nuts and seeds. Included in this dietary evolution of food/medicine would be small amounts of olive oil and red wine in conjunction with the blessing of your health care professional. 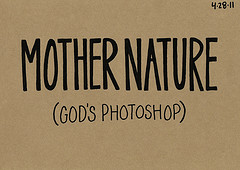 If you let “food be thy medicine” the earth takes perfect care of the body. We need to start listening more to Mother Nature than Kraft, Nabisco, General Foods, etc.