Home › Food › Renovating Your Mind Goes “Up In Smoke” With Cannabis

Renovating Your Mind Goes “Up In Smoke” With Cannabis

So much has been germinating throughout the world on the positive health effects from cannabis. It’s not all about smoking a joint to get “stoned.” Medical marijuana has been legalized in 18 states and the District of Columbia (DC) in addition to being approved for recreational use in 2 of those 18 states. There are 11 more states with pending legislation to legalize the natural herb for medical use.

So if 18 state governments approved cannabis for different disease states why does the federal government still classify cannabis as a Type I narcotic that has no legitimate medical use. Please read the Renovating Your Mind article for more information on how the FDA (a federal government agency) has allowed a pharmaceutical manufacturer to produce THC (one of the active constituents of marijuana) to be sold as a prescription drug for a legitimate medical use.

Recent evidence from the NIH (National Institute of Health), another federal government agency, showed significant improvement in Type II, adult-onset diabetes with marijuana. The drug improved the control of blood sugar. This research was published in the American Journal of Medicine, May 16, 2013. These effects were only apparent with current users of the medication. Both non-users and past users showed no change in their diabetic conditions. Also, the current marijuana smokers were thinner and showed a smaller waist circumference than did past users and non-users.

A link to the study can be found below:

The Impact Of Marijuana Use On Glucose…

In addition to diabetics, marijuana can treat all different types of pain. Why use oxycontin, oxcodone and hydrocodone which can cause severe addiction, constipation, nausea, vomiting and respiratory depression. You don’t have to smoke cannabis. It can be obtained through oils, tinctures, inhalants and other methods of delivery.

I found this fascinating article on a millionaire ex-employee of Microsoft and what he thinks is the next big thing.

Wants To Be The Starbucks Of Pot

Why should we let him bring it in from Mexico when we can grow quality organic marijuana here in the United States. The federal government needs to legalize this crop and the other states in the union will follow their lead.

I will bring you more scientific studies on the use of medical cannabis in the treatment of disease in the near future.

When analyzing any medication one must consider other alternatives. Are they better? Are they safer? Do they work to solve the problem? 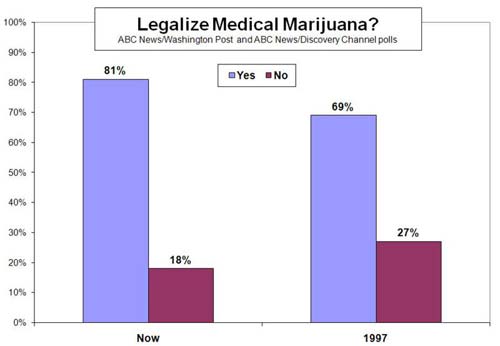 In many cases, cannabis has been unavailable to many, because of what we have been lead to believe. Propaganda for many decades has thrust a negative bias on the use of this beneficial agent. Americans are finally realizing that they have to consider all the information available and think for themselves.

How do you feel about the use of medical marijuana and recreational cannabis?

Like Loading...
‹ Tripping For New Material To Renovate Your Mind. Back On Tuesday…
Renovating Your Mind Hands You The Cards To Promote A Healthier Lifestyle ›