Home › Health › Food Adulteration, Together We Can Stop It!-Part Two

Food Adulteration, Together We Can Stop It!-Part Two 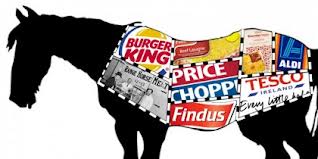 Full Disclosure Of Meat Origin Would Be Nice

European food companies have been pulling beef products off supermarkets shelves for weeks that were found to contain horse DNA. The worlds largest food company, Nestle SA, recalled beef pasta from supermarkets and caterers in France, Spain and Italy due to horse meat contamination. Millions of products by other food manufacturers already have been withdrawn from sale in Ireland, Sweden and Romania due to more of the same horse meat and pig meat contaminating beef products. Authorities have found tons of horse meat in many different convenience food-type frozen and refrigerated beef products. 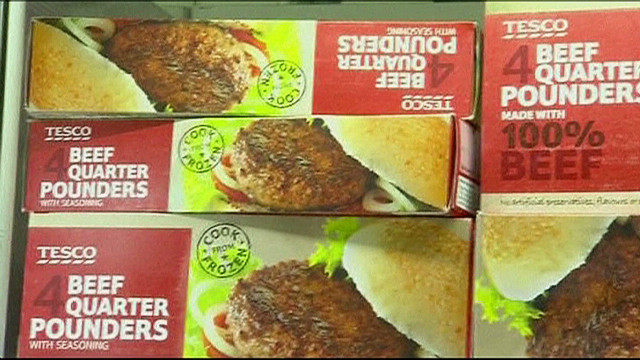 The percentages of horse meat in the mislabeled products ranged from 5-100%. By the way, if it’s 1% or less horse meat, it’s allowed to pass and be packaged as beef. That’s the percentage allowed that may contaminate the equipment all types of meat products are process and butchered.

Is horse meat really that bad? Many countries like China, Japan, South Korea, France and even Italy consume horse like any other meat. In these countries, horses are raised to be eaten as part of a human diet. When you purchase this meat, it is labeled properly as horse meat. It also is priced according which is less expensive than beef. When horse meat has not been raised for human consumption there are all different types of chemical contamination that may present itself in the meat. One of the many toxic ones is called “bute” or phenylbutazone which is used for bad joints as an anti-inflammatory drug in horses. If ingested by humans, the contaminant may cause aplastic anemia which is a serious blood disorder. There could also be trace levels of antibiotics and possibly steroids present in the  horse meat. Some of these horses may have been racehorses or pets that were way past their prime. Many old horses come from the U.S and get butchered in Mexico or other countries. Once processed and made into convenience foods, unless a random test is conducted, that meat becomes your family’s dinner. 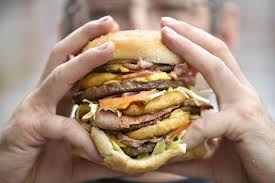 An interesting story about the horse meat fiasco in Europe starts with the Irish. Ireland is the fourth largest exporter of beef in the world. So why was it that Ireland was importing beef to later export. They were able to purchase what they “thought” was beef for about 25% of what it cost to produce their own beef. Horse meat goes for $350-500 per ton compared to beef which is $1400-1500 per ton. Many criminals sacrifice their morals daily for a lot of money. The extent of this abuse seems to have spread to almost every country in Europe.

The wholesalers are blaming it on pressure from the deep discounters to hold down prices. But this is clearly abuse, where the wholesalers ended up making a lot more money seeming to give the resellers what they want to keep wholesale prices way down. It’s hard to trace what is really happening because foods are going through 2-5 different resellers before they make it to the supermarket. This makes it very difficult to track down the criminals when the crime is later discovered by random DNA testing.

Nestle says it all when their spokesman, Chris Hogg stated that these withdrawals would have no material financial impact on the company. From this statement, it show that Nestle has no empathy for the customers that purchased these products. The bottom line for Nestle is just their bottom line and not the health of their customers or even their own integrity. Nestle also said there is no food safety issues here. How could you believe them going forward?

We have a choice to purchase these products. If we don’t buy these dangerous foods, manufacturers are forced into two options. They start selling safe, good quality products or go bankrupt. Yes, there is a third option. They could lie and continue to deceive us. It won’t be long before the cat is out of the bag due to negative exposure from blogs, Twitter and Facebook. They will be judged, convicted and then go bankrupt.

2. Try to limit your consumption of convenience or fast foods. Corporations, at least in Europe seem to purchase foods based on price and some random testing of the product. We can’t really depend on the FDA (Food and Drug Administration) because it is overwhelmed and understaffed. 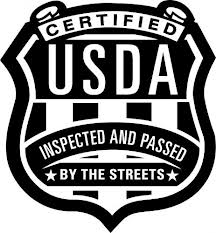 The USDA (U.S. Department of Agriculture) is a puppet for corporate food corporations. It does not protect us but covers for big agricultural business. It is a big joke and we fund it through our taxes.

3. Try going one day a week with a non-meat diet. In this case, everyone wins with regards to your health, your wallet, and the environment. We also are sending out a message by cutting down on meat demand in the US to the all the meat producers. Take a look at my article on 12/17/12 on hogs. It will make you want to vomit. We are so far removed from the animal situation when we look at the pretty polystyrene wrapping of those pork chops. Regular cattle ranchers treat their cattle no differently from the pigs.

4. Stay away or at least limit your processed meat consumption. Individuals consuming products like hotdogs, sausages and lunch meats have the highest incidence of intestinal cancers and heart disease.