Humanities Calling Card Was Drawn From The “Big Bang”

The “Big Bang” occurred 13.8 billion years ago. This event was neither big nor loud. If we existed as a species at that very instant, we would neither see nor hear anything. It was microscopic. Remember that sci-fiction horror movie, Alien, whose quote was, “in space, no one can hear you scream!!” Reason being, that sounds are not carried in the vacuum of space because there is no air to propagate the sound. Therefore the cataclysmic event that initiated the creation of our universe was silent and invisible. Amazing that this creation was the beginning of both space (rapidly expanding ever since) and our concept of time.

What was created by this event was the formation of the simplest atomic particle. It contained only 1 proton (positive  charge) and 1 electron (negative charge). These opposite charges keep the atom together. Positive is attracted to negative and vice versa. Just like a magnet attract to and hugging strongly to a metal. This most basic of all atoms is called hydrogen.

Hydrogen atoms that were released from the “Big Bang” took a multi-billion year journey to Earth and make-up 70% of our current body’s composition. They do this in the form of water (H2O). Water is composed of 2 atoms of hydrogen joined together with 1 atom of oxygen. By the way, O stands for oxygen.

Think about your chronological age and that portions of our body are actually 13.8 billion years old. That swimming pool where we accidentally swallowed some water. The ocean where we choked and gulped that salty stuff into our bodies. Certain amounts of that water are now incorporated into our very being. Many of those same exact molecules could have also made up parts of Jesus, Newton, Einstein, etc.  We contain components of not only the Big Bang but also all the other stars that exploded into supernovas before there was even a thought of our existence on Earth. So in addition, we could have within us the atoms of famous aliens throughout the universe and not even know it.

In the daylight when you feel the heat of the sun. That energy is being generated by the force of hydrogen atoms being fused together into helium. Those explosive reactions throughout the core of the Sun enables radiation to rain down on the earth to create photosynthesis in plants. Plants require the Sun to energize their solar collection units called chloroplasts to generate food needed to grow. Without this energy, plants would die, animals could no longer feed or be fed and humans would perish due to starvation.

Bottom line is that we wouldn’t exist in this form as a species if it wasn’t for the “Big Bang” and how it allowed hydrogen to enter our evolutionary paths. Our bodies can’t survive without the fusion of hydrogen atoms within the sun to give off solar energy. This ensures plant survival (for the vegetarian), animal survival (for the carnivore) and our survival (Vitamin D production) and mental/physical well-being.

The sun is currently 4.5 billion years old. Within the next 4 billion years, our star will burn through much of its fuel (hydrogen), turning itself into a Red Giant. This will vaporize the Mercury and Venus. It will turn Earth into a dry, hot, lifeless rock. But, by that time, we would have hopefully evolved and moved on. On the other hand, we may have perished as a species due to a natural or non-natural event.

We have the miraculous fortune to occupy a time where our civilization is within a “Goldilocks Effect.” Where things are not too cold nor hot. That radiation from outer space and the sun is shielded by both the molten core of the Earth and our paper-thin atmosphere. A time where oxygen levels are just right for keeping us alive. 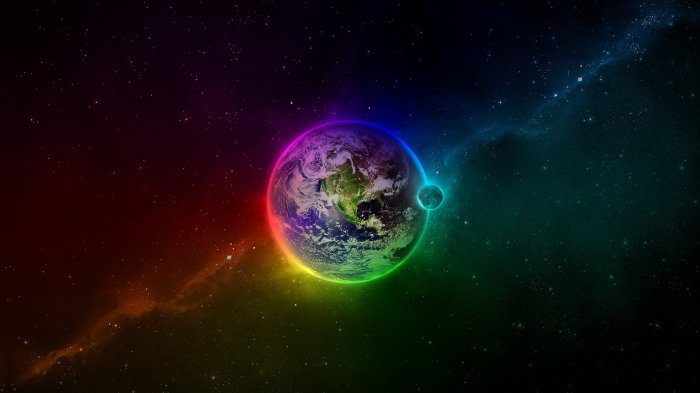 A blessed society of living beings occupying a paradise on this blue marble floating within the blackness of space. Appreciate every day and respect what we have around us. Love life because ladies and gentlemen, we are living in a miracle!!

Like Loading...
‹ Lie To Me
Reading Drives The Quest For Knowledge, Stimulating The “Essence” Of Humanity, THE BRAIN!!! ›