Renovating Your Mind Checks Into Mental Disease And Nutrition

We are entering the future of new mental disease treatment programs. Current prescription medications are not intricate enough to target the specific problem. Nutritional monitoring and supplemental therapy may soon replace or at least serve as a viable alternate to Rx drugs. You need quality building blocks to create the needed support for the vast assortment of neurochemicals responsible for mood and behavior.

Nutrients Will Paint Your Mind A Different Picture

Powerhouse Foods Will Turn That Frown Upside Down

The basic components of those building blocks consist of amino acids, minerals and other nutrients through food supplementation.

To understand the popularity of the current mental prescription drug treatment we need to go back to 1987. That was the year of the originator chemical called Prozac. Drug companies thought they came up with one of the most innovative drugs of mind therapy in the last century called SSRI. This stands for Selective Serotonin Reuptake Inhibitors. Medications that the pharmaceutical companies originally claimed would cure depression. Initially, the cure rates by physicians and drug companies were optimistically estimated at a 90% effective rate. Greatly overestimated!

An interesting aside that Renovating Your Mind came across relates to an SSRI medication interaction with dextromethorphan. Dextromethorphan is a cough suppressant used in many OTC products on the cough and cold shelves. Believe it or not, dextromethorphan (DM) inhibits the breakdown of serotonin. So with ingestion of products containing DM you are getting even more free serotonin coursing through your body. In addition, SSRI medication will inhibit the breakdown of DM, which turns on the serotonin spigot even higher. Be aware and take extreme caution with this interaction if you are currently using an SSRI medication.

But Not Necessarily A Prescription Drug

SSRIs work by slowing the breakdown of serotonin. When you take an SSRI agent you begin to flood your system with serotonin. Over 5 weeks, levels of serotonin start accumulating throughout the body. These high levels cause the side effects that include sexual dysfunction, stomach upset, headache and “just feeling plain weird”. The SSRI group consists of Prozac (fluoxetine), Zoloft (sertraline), Luvox (fluvoxamine), Paxil (paroxetine), Celexa (citalopram) and Lexapro (escitalopram).

In addition to serotonin, we have many other brain chemicals involved with emotions like dopamine, norepinephrine, GABA, etc. So therapy that targets just one neurochemical is quite primitive. Studies show that these medications may work to some extent in only 50% of the patients. Reason being that serotonin may not be the only problem going on with the brain chemistry. In addition, it may not be serotonin at all but some other completely different neurochemical(s).

Depression may have at least five different sub-types. There is one sub-type of patient that already has high serotonin levels that actually causes depression. By giving these patients an SSRI medication, it worsens the problem and adds anxiety to the patient’s condition. Other sub-groups will feel no effect because other neurochemicals, not serotonin are out of sync in the brain. The portion of patients that will benefit are those with low serotonin levels which usually represents about 50% of the treated population.

Mental disease modulation is positively influenced by omega-3 fatty acids. The most effective way to get these fats is through fatty fish like salmon, sardines, anchovies, mackerel, menhaden, whitefish and walnuts/nuts.

Get A Prescription To Ensure Quality 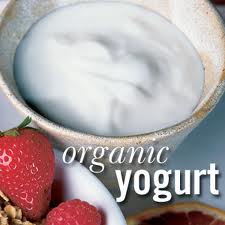 Also, healthy bacteria from yogurt or yogurt-like products (fermented with active organisms) will alter your GI tract which researchers show may positively alter brain chemistry. They have shown this effect must be repeated daily for full beneficial effects.

Medicine can monitor both blood and urine chemicals to target what supplements would alter mineral supplementation looking at mineral abnormalities in the body. These mineral irregularities are a major factor in various forms of postpartum depression, autism, child violence and childhood hyperactivity. When supplementation is prescribed it must be closely monitored and dosed up very slowly. Chemical imbalances are responsible for many mental diseases and can be treated with prescribed supplements.

Mental disease doesn’t have to be a life sentence. Almost 1/3 of the population of the U.S. has some type of mental illness that may lower the quality of their life. Take the steps necessary to continue to look for better options. Medications are not always the solution.