Humans, You Do Have More Than One Brain! **Part Two**

In the late 2000’s, research from Ireland, brought mice and friendly bacteria together as the subjects for an interesting inquisition. The first group of mice were fed a control broth. Control means there was nothing in the broth, just broth. Researchers then water-stressed the mice by letting them swim in a container of deep water with no way for escape.

Rodents hate water but can swim well when thrown into a pool. After 4 minutes, the mice gave up trying to escape the water and stopped swimming. No mice died, they just did the dead mouse float in the water, completely helpless.

The next group of mice were given a broth with active bacteria (Lactobacillus rhamnosus JB-1) that can be used to make yogurt. The mice were treated for 2 weeks with the organism before the marathon swimming experience.

These mice just keep swimming and never stop. No “dead mouse float” like the other group.They took them out of the water after 6 minutes. So they swam 50% longer than the controls and could have kept swimming if they left them in the water.

They investigated further with chemical analysis from the mice. What they found was fascinating. The mice given the control broth, had stress levels 100 times normal. They saw this by looking at corticosterone (steroid hormone) levels. Comparison was made with the animals that were treated with broth plus bacteria. Researchers were shocked. Stressor hormone levels were 50% lower than those in the controls. Mice given the bacteria, also had GABA (relaxation chemical) that was produced by the brain whereas those on the plain broth did not show this chemical. 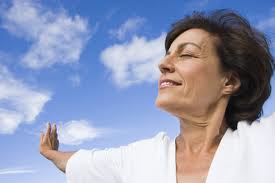 GABA is the same chemical that is produced in humans that take the prescription drug,  diazepam (Valium). It lowers anxiety and induces a state of relaxation. So the mice given the yogurt bacteria, did not get stressed out. They were calm and relaxed when they were pulled out of the water. 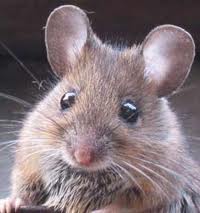 What Are You Looking At? Got A Problem?

Next, scientists got the treated mice and cut their vagus nerve. Then, they performed the same water-stressed test. What they found is that these treated mice acted like the first group of untreated mice. They gave up swimming after 4 minutes and were stressed out.

The vagus nerve is a chemical/electrical superhighway that carries information from the intestines to the brain and back. So the scientists had cut off the way the brain was communicating with the intestines and vice versa. Production of the relaxation hormones were blocked off.

All the research above, originally done in Ireland, was later redone in England with the same results.

Human testing with bacteria for stress-related problems began 2010 with a French study. They gave patients two different probiotic organisms daily for 30 days. They had 2 groups. One was a placebo (sugar and flavorings) packet  and the other group’s packet looked and tasted the same but had the active organisms. They stressed both groups out to the maximum. They also monitored body chemistry. They found better sleep patterns in those treated with probiotics. In addition, they had both less anxiety and depression with the treatment.

Another study was conducted in Canada. Subjects with chronic fatigue syndrome (CFS) were put on probiotics for 2 months. They showed significantly less depression in the group that got the probiotics. The placebo group didn’t show a difference. It seemed that the beneficial bacteria helped to increase brain tryptophan which the body converts to serotonin. Prescription drugs like Prozac, Zoloft, Celexa boost serotonin to treat depression. Other positive findings in the study were improved digestion, less gas and bloating, and an inflammatory reduction.

Sleep Should Always Look This Easy

Sleep was also improved. The brain would also convert the serotonin to melatonin for regulating sleep cycles.

More research is being done to repeat the above experiments. Scientists then need to determine the best organisms to use for a specific condition(s). Different organisms act better in different parts of the GI (gastrointestinal tract). Also, the amount of culture (actual amount of bacteria) needed for the beneficial effects.

If we accumulated all the bacteria in our body, the size would be that of an organ, like the heart. In fact, the mass would be about 3 pounds, the weight of our brain. These beneficial bacteria crowd out the bad bacteria, lessen our chances for food poisoning, digest fiber to give us nutrients and a lot more.

Yogurt, is a great addition to any diet. Excellent with fruit, cereal and smoothies.

Brand With Some Of The Highest Numbers Of Different Bacteria

Like Loading...
‹ Humans, You Do Have More Than One Brain! Part One
Produce: Fresh, Frozen Or Canned? Does It Make A Difference? ›