Home › Health › The U.S. Project To Map The Brain Is Totally Renovating Your Mind

The U.S. Project To Map The Brain Is Totally Renovating Your Mind 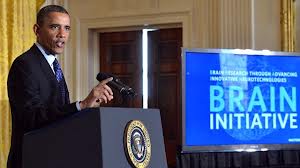 Applaud His Efforts For This Super Science Study

President Obama is promoting a one year $100 million package to support research to map the brain. It is called appropriately, BRAIN or Brain Research through Advanced Innovative Neurotechnologies. We are trying to figure out how the all mental processes of neurons (brain nerves) come together to give us this fruitful electrical storm constantly going on in our head.

Renovating Your Mind is always promoting neuronal transmission. We are on a mission to excite our worldwide audience with the mass of stimulating new information on food, nutrition, health, science and technology.

There are approximately 100 billion (100,000,000,000) nerve cells in our brain. That is the number of observable galaxies in the “known universe”. These nerve cells are linked together by 150 trillion (150,000,000,000,000) connections. 1,500 connections per nerve cell. Imagine an intersection with 1,500 different roads to choose from rather than just 4. The entire human body only contains 100 trillion cells. Think about the power of the brain. You have 50% more nerve connections in this 3 pound walnut-shaped mass in your head than all the cells making up your entire body. The potential power contained in each and every brain is unfathomable!!

Let’s consider a basic task like getting up in the morning to go to work. You are sleeping soundly and the alarm goes off. The noise may be annoying but none the less you turn it off and get up. Think about why you performed those activities. How would you know to turn the alarm off to stop the sound? How would you know to get up and eventually prepare for a drive to work? Can you tell me what neuron(s) were responsible for you performing these complicated tasks? You can’t because we really don’t know. Within the confines of your brain, different firing of neurons in different connections start going off when you awaken because of that damn loud sound in the room. To stop it brings silence, but in response you had better get up and move your butt out of bed.

Now think about getting into the shower, dressing, making the cup of java, brown bagging it and finally driving to work. Your mind is on auto-pilot. It’s an endless loop back on what you did on the previous day. You arrive at work and wonder how you got there. We sometimes become so busy concentrating on other things while the car just seems to move miraculously to an open parking space at our job. All we remember doing is putting our hands on the wheel. Amazing! Go back and make sure you locked your car door. 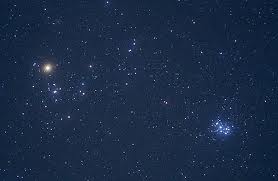 For those that stop and smell the flowers, what about when we look up at the heavens at night. As a child, I remembered being fascinated by the Pleiades star cluster.

Pleiades Viewed From The Country Sky With Binoculars 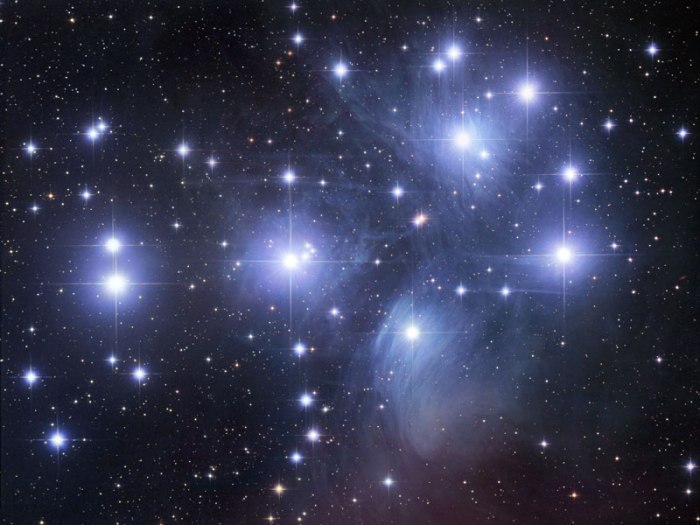 I remember moving from the city to the suburbs. One of my favorite memories was having the ability to see this cluster in so much more detail without interference from the city lights. Why do many of us look up toward Pleiades and the seven sisters? Is it the brightness of the Sirius sun that focus our vision to this very spot in the sky? Think about why all those neurons in my head fired and pointed my eyes upward to this circular twinkling of stars so many light years away. It blows me away because as a young child, no one told me to look there. If anything, the moon should have attracted my attention. It is the brightest object in the night sky being only 250,000 miles away. A mere stones throw from earth versus the stars. So why are my neurons firing to coordinate both my head and eyes to look in that specific direction? Why too were the Mayans and Egyptians looking in the same area of the sky? Coincidence or something innate in all of us? 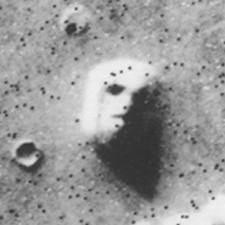 Notice the way you see faces or animals in your mind when you look up at cloud formations. The ability to see a face is also apparent when you look at the moon and the planet Mars.

Jesus On Toast, Does It Look Like His Mom?

Neurons may find some type of stability in seeing a uniform type of facial image in everything from tree bark, to an egg sandwich, grilled cheese or a sand dune. The brain is actually always looking for a face in anything we see around us. It may be a survival trait in our genes to form connections or get help. That is just a theory but it makes the brain an even more fascinating place for study. We have been able to target an area of the brain that enables this phenomena called the fusiform gyri. We realized this because if the area is damaged, we cannot recognize faces. It’s called face blindness or prosopagnosia. Researchers have gone so far as to stimulate this area with electrodes in normal volunteers. Results showed that externally applying electricity to the fusiform gyri will change the face to resemble someone other than the person the volunteer actually sees in the room.

Back to the BRAIN Initiative where scientists will be looking for ways to find solutions to understanding Alzheimer’s Disease, Parkinson’s Disease, seizure disorders, schizophrenia, depression, mania, (OCD) obsessive compulsive disorders, phobias, (PTSD) post-traumatic stress disorder and more. The brain involves interpretation of all the senses. No one sees the world in exactly the same way because of different perspectives the mind gives when it’s summarizing all available input data coming at us at all times.

The comprehensive study of the BRAIN Initiative will cost in the billions of green ones over the next two decades. But consider the positive implications of mapping out why we do what we do and what can go wrong with these processes. That knowledge is priceless for us as a species. Well worth the money considering the enormous benefits to both medicine and society in general. Are you worried about spending the money? In this case I would pose the question, where has the billions of dollars in the War Against Drugs done for our society over the last three decades? The BRAIN Project has an incredible chance of changing society for the better. Can we say the same for 10 more years with The War On Drugs?

The goal of the BRAIN Initiative is to try to understand how the mind records, processes and retrieves information. In doing so, the study will develop an intricate brain map of all the functions of this wonderful three-pound mass of electrically charged tissue. 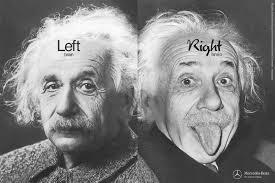