Home › Food › Does Your Brain Have A Color Scheme That Includes Black?

Does Your Brain Have A Color Scheme That Includes Black?

Our brain, three pounds of ridges and crevices that look like two halves of a giant walnut. If the contents of our head are completely opened up and spread out, its surface size is that of a pillowcase. 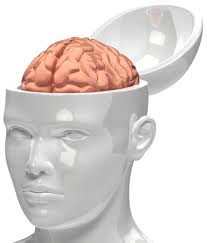 Think about how your brain is squeezed into the small area of your skull to make it fit. Each tiny part of us making up our human being existence is a living miracle.

S.N. At The Crossroads Of Brain And Spinal Cord

The black brain area is translated from the Latin words called the S.N.  (substantia nigra).  This particular structure in our cerebral workings is actually dark brown almost black. We think of the brain as this grey convoluted mass. In actuality, the brain is dark brown, red, white and grey. The S.N. portion is dark because its contains abundant amounts of neuromelanin (brain pigment). The same melanin that is contained in our skin that causes tanning from the sun’s ultraviolet rays. Research indicates that neuromelanin produced by S.N. eliminates heavy metals from the body through the blood. Common heavy metals are lead, cadmium, mercury and arsenic.  These substances get into our bodies through water, air, food and also skin absorption. In addition, research shows that S.N. may also rid the brain of the neurotoxic adrenochrome. We produce adrenochrome in our brains normally as a breakdown product of adrenalin (fight or flight hormone). If not further metabolized (changed) and excreted from the brain we will turn psychotic.

This S.N. is extremely important with regards to pleasure, addiction, body/eye movement and Parkinson’s disease.

With any kind of pleasurable act like eating, socializing, massage therapy, gambling, the SN generates pleasure by producing dopamine (neurohormone). If the pleasure turns into an addiction, more and more dopamine is needed to yield the same emotional release. Every time the addiction behavior is repeated, it becomes even more firmly wielded into a normal behavior pattern. The stronger this repetition becomes, the harder it will become to break the addictive cycle.

I was always questioned in the pharmacy whether the medication the patient was prescribed would become habitual. Anything that causes anyone to feel better can create an addiction. That would include prescription narcotic pain medications, anti-anxiety preparations, diet pills and amphetamine-type products. These are all classified into different addiction potentials by the DEA (Drug Enforcement Agency) from numbers 2-5.

As you know cigarettes, candy, chocolate, fatty and junk foods are very addictive. When brought into our bodies they amp up dopamine production. For each additional repetition, the cycle gets stronger and it’s harder to give it up. When something makes you feel this good do you want to stop no matter what the consequences? I’ll never get cancer, nor diabetes, nor become obese, nor die from cardiovascular complications. It’s the everyone else and not me fantasy.

Here’s what crazy about addiction. If a patient is given a colored placebo (sugar pill) and made to think it will solve the medical problem, many times it will work. The mind-body connection is so strong that just an intense positive thought throws open the doors on our internal pharmacy. This placebo, which the patient thinks is an innovative medication, will actually produce dopamine.  Dopamine will mentally induce a higher quality of life. The patient will think they “need” that pill although their own body actually made the medication (dopamine). So anything and everything can become addictive but it all depends upon the person and the situation.

The S.N. is also involved with movement of both the eyes and the body. This depends on the secretion of dopamine. In Parkinson’s disease, the body continues to lose cells that produce dopamine. This results in tremors, slow response to initiate movement, rigidity of muscles and loss of fine motor skills. The disease progresses from neck and shoulder to the face and the rest of the body. You lose the ability of doing what you want to do with no time delay. You can’t do things instantly anymore. The decreasing production of dopamine makes the process worse as the brain takes longer and longer to initiate movement. When the movement eventually starts it sometimes becomes uncontrollable leading to falls and fractures.

Why can we just treat this disease with dopamine? Given a dopamine injection causes undesirable side effects. If you take a dopamine pill, it will not make it to the brain. The brain is protected by a blood brain barrier and refuses entrance to dopamine. The patient is given a precursor to dopamine called l-dopa. This medication goes through the blood brain barrier and gets converted to dopamine in the brain. As time goes on, the body produces less and less dopamine and the condition continues to deteriorate . Oral l-dopa no longer able to supply enough dopamine to increase quality of life.

Since l-dopa has been available, other medications have been added to increase the effectiveness and decrease the drug’s side effect profile. The pharmaceutical corporations have not come out with any “true innovations” for the treatment of Parkinson’s disease since L-dopa was introduced in the 1980’s.

Currently about 1 million people in the U.S. have Parkinson’s disease and up to 10 million worldwide. Men are more likely to be victims of the disease. As the aging of our population increases, the disease will become more prevalent in society.

I listed three places that are testing new medications in clinical trials for the disease. They are listed below: