Living Off The Grid-Part Uno

Our New World Order, Delivered Off The Grid

Before I go off the grid with you, I need to discuss something on the current political grid.

Everything in life is based on figures, really just simple mathematics. “Our” top of the line politicians, should have the best negotiating skills, usually they school for  lawyers first and then politicians second. One of the party leaders  is from Harvard and the other one did not go to law school, but has BA in business administration. So both are skilled in basic math principles. Dollar figures are known for this “Fiscal Cliff”, a halfway point can and must be mediated between the elephant and the donkey for the “American People”. Why has it taken 24 months to reach the edge of this endgame, trying to resolve these mathematical issues? Ask the parties what their priorities are? They will divert your question or come up with hundreds of excuses for the current situation. A viable third-party would encourage their “Fiscal Cliff” progress in the future.

Over a year ago, I initiated a lifestyle makeover based on simple mathematics. I was forced into a situation where money got tighter and tighter. Another job, brought up lower pay and less benefits with no pension plan. In the last 5 months, my situation has now become even tighter.

First, I analyzed my cable bill and decided to cut out the premium channels. Next, months later, I dropped all the extended channels and finally a week ago, I dropped my TV cable altogether. I now get my entertainment from the internet, books, magazines, newsletters and phone conversations with friends. I think that what the monopolistic cable companies charge is highly inflated price for a suboptimal service. They will tell you that the owners of all the channels are charging them a significant load for the rights to allow our viewing. 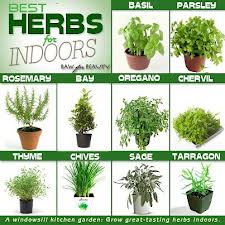 I decided to start growing herbs  inside and saved by not purchasing either fresh or dried herbs at the supermarket. They can replace sodium (table salt) and kick up the tastes of your menus. All foods taste better with fresh herbs.  Take a look at the price of organic herbs at the store. They are always usually more expensive if they are even available.

Do You Have These On Your Floor Protecting Your Carpets?

I cut down on my paid subscriptions coming through the mail. Many, have alternatives that are freely available on the net. I also cut down on my newspaper subscriptions. I do not get a local paper and intend to let my national newspaper subscription lapse when expiration comes calling at my door. Stop the trees from unnecessarily being sacrificed. Their precious abilities to preserve the land and help to soak up our ever-growing carbon footprints. Consider that  newspaper print contains lead which you get to breath in and touch on a daily basis. Think about the stack of newspaper lying around in the house. What about your pet lying in or breathing this contaminated air?

Getting Us Off The Power Grid With Nanotechnology

We all have the power to initiate or accelerate our abilities to become more independent . Knowledge is power but action proves even more powerful. Commit yourself today to doing something that will unleash the chains that bind. Do it!

Like Loading...
‹ Adam/Eve, Immortality, And Forbidden Fruit…Clues For A Jeopardy Answer Of…
The Art Of U.S. Economic Spin Insanity Sent To The Next Level With… ›